History of the Institute

By the decision of the Government (Board of the USSR State Committee for Science and Technology of the USSR dated July 27, 1981 (Protocol No. 49) and Resolution of the Council of Ministers of the RSFSR No. 462 dated August 14, 1981), the Institute of Therapy was organized in Novosibirsk as part of the Siberian Branch of the Academy of Medical Sciences of the USSR (currently the Russian Academy of Sciences). 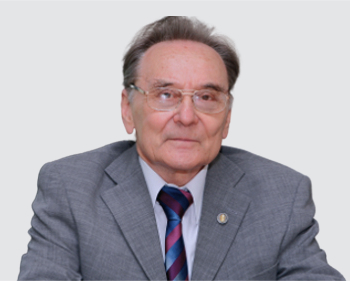 The initiator of the Institute’s creation and its director for 22 years in a row was Yuriy Petrovich Nikitin, a member of the Russian Academy of Medical Sciences. 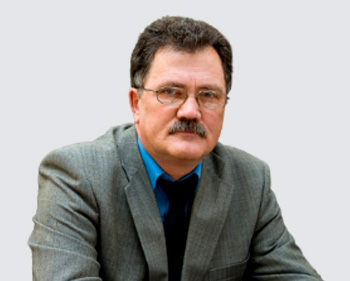 From 2003 to 2019, the Institute was headed by a student and successor of Yuriy Petrovich: Voevoda M.I., currently a member of the RAS. Currently, Voevoda M.I. is the Director of the Federal Research Center for Fundamental and Translational Medicine SB RAS.

Major tasks were set for the Institute:

The initiator of the creation of the Institute and its permanent director for 22 years was Academician of the Russian Academy of Medical Sciences Nikitin Yuri Petrovich.

One of the main directions in the scientific work of the Institute was the epidemiology of chronic non-infectious diseases (mainly therapeutic profile), as well as their risk factors in various regions of Siberia.

The staff of the Research Institute of Therapy with RAMS took an active part in the implementation of many federal programs: "National priorities in medicine and healthcare" in the following directions:

A distinctive feature of these studies was the use of strict standardized approaches within the framework of All-Union and large-scale international programs (CINDY, MONICA, INTAS, INCO-COPERNICUS, the Welcome Trust Foundation, etc.). This direction is one of the cornerstones up to the present time:

In addition to cardiovascular pathology, which undoubtedly occupied a leading place in the study of chronic non-infectious diseases, the institute studied the prevalence of obesity and diabetes mellitus in Siberia. Over the years, the Institute has paid special attention to the assessment of the actual nutrition of the inhabitants of Siberia. A number of studies have been carried out to assess the prevalence of malignant neoplasms, iron deficiency conditions, anaemia, gastrointestinal pathology (dyspepsia syndrome) in Siberia.

Although the institute primarily dealt with the health problems of the adult population, it would be wrong to leave aside the children's contingent, especially teenagers. Twenty-year population studies among adolescents have revealed a significant impact of socio-economic reforms on many health indicators of the younger generation of Siberians.

Over the years, the Institute has also shown interest in the problems of gerontology and geriatrics. The prevalence of longevity in Siberia has been studied both among the indigenous Siberian ethnic group and among the alien population.

The second direction of the Institute's research was the clinical fragment, which includes both the study of some fundamental problems of internal diseases and the search for new approaches to diagnosis and treatment.

The central problem was the problem of ATHEROSCLEROSIS. With the opening of the Institute of Therapy, laboratories for lipid biochemistry, experimental atherogenesis, hormonal studies, and later hemostasis were created. The greatest attention is paid to the study of the lipid transport system. With the advent of ultrasound technology, the first ultrasound diagnostics office in the city was opened on the basis of the Institute. The first specialists in ultrasound diagnostics appeared at the Institute of Therapy, and the corresponding training of such personnel is still carried out in the Institute's clinic. On the basis of the Institute, by the decision of the Ministry of Health of Russia, a Regional arrhythmological centre was opened. Along with ECG diagnostics, the development of the magnetocardiography method (together with NSTU) began. The Federal Center for Biomagnetic Research has been opened.

A mobile diagnostic center in the railway version has been created. The Zdorovye train has been successfully operating on the West Siberian Railway and on other roads of the country for many years. Much attention was paid to the development and implementation of various preventive programs for residents of the city. For several years, the Institute on its own conducted an annual anti-smoking campaign "Quit Smoking" on the scale of the entire city of Novosibirsk.

The third direction in the activity of the Institute is the training of medical and scientific personnel.

From 2003 to 2018, the director of the Research Institute of Therapy was Voivode Mikhail Ivanovich.

Specialist in the field of genetics of therapeutic diseases. He conducts research in studying the role of hereditary factors in various human diseases, developing new methods of molecular genetic research. More than 10 dissertations of the Higher doctorate degree in Medical Sciences and 30 dissertations of the Doctorate degree in Medical Sciences have been completed under his supervision. The total number of his scientific publications is more than 700.